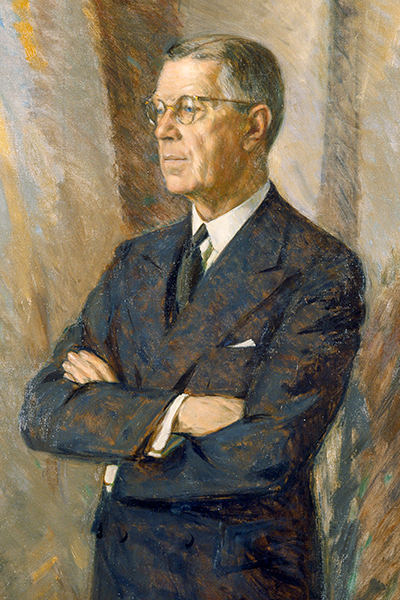 King Gustaf VI Adolf is depicted in a public official, civilian style, without any of the typical royal attributes. The artist was Carl Mikael Gunne, the then amanuensis at the National Museum who was known for painting in a dry tone with "psychological sharpness".

In this portrait, King Gustaf VI Adolf had just turned 67 years old. The painting gives an impression of the king's unassuming, learned and balanced manner.

The portrait can be seen in the East Guard's Hall of the Bernadotte Apartments at the Royal Palace of Stockholm.